Reality is the curse of the unimaginative… 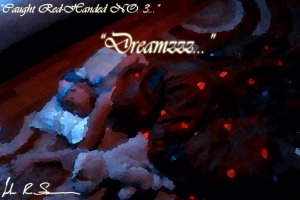 Seems like all I ever do is dream, but since I’m a person that likes to create, I suppose  dreams are  indispensable tools 🙂

What I would like to tell people is that in this world of “reality” it becomes harder and harder to dream. This is me speaking from experience. I can’t stress enough how important it is to be able visualize something and actually believe in it enough to make it a reality.

In life there are so many distractions and detractors. I swear it seem that there are more things in the way of a man now than what there ever were before, but if you’re like me, you don’t like to quit. You don’t like to waste a good thought or a good dream.

Anytime I come up with an idea, it gets written down, because dreams can fade, so you have to catch them and put them on paper. Sometimes, they happened so fast you don’t have time to read what you’re writing, but there is plenty of time for that later. What is important is the dream, grabbing onto it as best you can before it becomes nothing.

If its good and you have it all on paper, then always thank God for allowing you to see this vision, for there are lessons in all dreams. Even the most horrific dream has a lesson to be learned. The great writer Stephen King’s stories are mostly fueled from his nightmares and personal phobias, but he usual has a character in every story who is brave despite the terrible things going on in the story (an important lesson of life)

So thank god for every dream.

Once you have a good dream on paper, it is up to you to make it a reality. It is up to you to shape it. The dream can be a poem, that needs to be fixed for spelling errors or it could be the plans for a statue or building that would be magnificent if people could only see it as you do.

Again…it is up to you to shape the dream… To make it manifest.

These rules go for any day-dream or adventure of the so called “over active imagination.” If your mind opens to something new and exciting for you, then write it down.

I thank God for the things I have written, because many times I do not see them coming beforehand. Like many dreams, much of my work just happens.

But once I read many of my words, I come to love myself even more than I normally do 🙂 It is not that no one else could have written these words…it is the fact that I wrote them.

To write something of substance and merit, to build something that helps people, to carve a statue admired by thousands, to paint something that makes people think…..Makes you feel so good that sometimes…you think you’re dreaming.

To the youth of the world, I ask that more of you dream and try to create things of positives as well as things that spur thought. Never forget that it is your god given right to create, it is your power to dream.

The next artistic renaissance need not be the work of just one man or woman.

Students….reread the selection, focusing on the words in bold 🙂

Yesterday I thought about the different ways I could look at life. The one I liked the most was this one..

What if life is simply a dream? What if the whole “reincarnation” philosophy was real and the thoughts I have, the places I see in my mind, the people, the conversations, all of these were things I have seen in the previous lives I have had. In this way, the soul of a being would be a sort of floating energy that could not be destroyed by any means and upon the death of its physical vessel, it would simply travel to the next one. Not just a conceived human egg, but a dog, a cat, even an insect.

This life, that we lead, what if it is just another stop…Another dream?

Most deaths end with the eyes of the person being closed.(If one has a natural death that is) When the eyes close, perhaps we in fact sleep, for the final time…

When we wake up….Another life.

Now I will get bugged out for a moment so run away if free thinking scares you..

I have been trying to figure out why some babies die horrible deaths..(Credit the newspapers. You know how the newspaper is just chock-FULL of negative news. Well I just happened to be reading about some terrible shit going on in Africa)

I refuse to believe, that if one is a murderer in life, that there is forgiveness in the afterlife…I don’t believe it at all. Since god is a being that takes creation very seriously, for you to destroy it in any way is perhaps unforgivable.

So I thought, “Maybe, the souls of some of the worst people are brought back as certain babies.”

Think about it this way, if a soul , the essence of all you were, were put into a baby’s body and you wanted nothing but love, food, and water, but you were denied these things and instead, were beaten, stabbed, boiled, hacked to pieces, abused in the worst way humanly possible by someone else…a bad person lets say or your parents…

If a child had enough of a mind, I guess it would ask “why is this happening to…me?”

Then it would die.

I can think of no worse fate, no better HELL…than to be continuously being brought back….as a child…just to die. To be born….to have light….. Then to have it taken from you in the most senseless of ways……I believe that would be as good as I could make HELL….were I God.

But….before you think of me as some kind of weirdo…(which I am Thank you) Remember, I’m just trying to make sense of certain things using out of the box thinking.

Remember I started this all off thinking about how I could look at life…So I could try to make sense of it all, the things around me and around the world…

In dreams…the impossible is possible…So it is in life…

All that we can remember are bits and pieces…Exactly like a dream….