{Writers note:This is my second entry in a blog series that will end only when I have nothing more to contribute. I don’t know when that will be…I mean I truly don’t…but I intend for it to be truthful…as truthful as I have ever known things to be in my own experiences. Names will be withheld in some case but they will not be replaced. That sort of bullshit screws of my writing flow.} 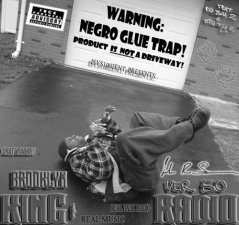 You’ve met this cool guy…handsome, nice teeth, can put together a sentence…etc. He asks you out on a date and you accept. The date is cool, I mean he says and does all the right things…then it dawns on you : another ex, who just happens to be an asshole, was the same way before he got what he wanted.

How can you tell if a guy is the person he claims to be?

Its isn’t easy….I mean it REALLY isn’t easy…mainly because many women tend to want to forget the mistakes they made.

Don’t you realize that making mistakes is how we got here as a human race?

So even though you don’t want to be a “Bag Lady” (a woman with a mental Rolodex of every man who fucked and left her. Thus affecting her mind to the point of paranoia)  you should ABSOLUTELY review your mistakes..and believe me..it HURTS.

However, the knowledge gained will be worth all the pain in the doing 🙂

Say you always seem to attract bad guys. Shouldn’t you be the AUTHORITY on what a bad guy looks like? The reason you’re not is because you don’t take the time to think about the last asshole you had..and the one before that and so on. If you did that then there are certain signs you would know for the future.

You are supposed to go through pain/mistakes in life in order to GAIN knowledge. If you erase the mistakes or act like they never happened then you cheat yourself. You end up being dumber because of that. As a man, I know that nine times out of ten, a woman who deals with bad boys or DICKS is someone who tends to like certain qualities that each one of those men possessed. It could be great body,bad boy swagger, a quick temper…different signs that a woman like that is into. The minute that woman EVOLVES AWAY from letting those things be the end all be all, then she will be on the way to getting a decent guy.

Some women don’t want a decent guy though..I just want to put that out there. I know 2 women who LIKE dogs, because there is no commitment. Usually these are some cold-hearted women (Well not TRULY. They just have a soft spot for a tiny percentage of men..like 1percent of men. Borderline lesbo)

So when the question of “how can I tell if a guy is just trying to fuck me?” Is asked to me, the above explanation is what they get and then I ask them what do THEY think the signs are. If they have no idea, even though they have dated many losers..I know I’m dealing with someone who needs to look within and face those past dudes.

But I will give a lady a couple of tips…I mean if women get better than so do men because they would have to step up their game..and the world itself changes maybe for the better.

1.
Unique men give unique conversation. They don’t tend to toot their own horn, but what they WILL do is give you VERY different convo than what you’re used to. If you are with a man who talks about material things that he has or wants, or that he wants to give you, then in MY opinion, dude is buttering you up.

(Just thought about a bagel..gonna use this post to remind myself: get bagels from the store. Be sure to erase this and DON’T forget like last time!)-writers note: D’OH!

Be wary though: the strong silent type is no good either.
Sex should not come into the convo and many men throw out feelers. Its too early for that. He should want to know YOU, not how your pussy is doing.
Bottom line is that convo should be equal and INTERESTING. He should be interested in you and vice versa but you guys should talk abut subjects that don’t lead to the bedroom. A conversation gives you a chance to LEARN a new human being who COULD be around for a long time. Why not talk about some IMPORTANT subjects? Really see who you’re dealing with. I ALWAYS like to talk about world subjects. Even if the person doesnt know what’s going on in china, then see if they at least have an opinion or thought about things outside their own little world. If you yourself are not worldly, ask about a difficult situation you know about or maybe one of your own and see what he thinks. And don’t accept that “I don’t have an opinion cuz I don’t know about it” everyone has an opinion, if he is afraid to speak it, then he may be too worried about turning you off, which isn’t good because you should want him to be who he is for real. Not some guy putting on his best face to keep from angering you.

2.
Do NOT be a woman who tells a man how to get in. This is Sooooooooooooooo text book and every woman falls into the trap. The problem is that women want the date to work WHEN they are out with a guy they are physically attracted to. So a woman will tell him all her likes and dislikes and turn ons and offs…as a man, all I gotta do is take notes..you are telling me how to get the ass. Its not the guy’s fault..its your own..because you want this guy to be the one SO bad.
LET. HIM. GET . TO . KNOW. YOU.
Aren’t you WORTH the time? But if you have no patience..then you will never get shit.
I’ve been on TONS of dates and women just can’t help themselves if they find you attractive…it saddens me in all honesty. We could talk about ANYTHING…and you chose to give me the 40 minute “this is ME” speech. Never realizing that if you cut that speech to just 15 minutes and break that 15 minutes up into little pieces during convo about OTHER things, you would be tons more interesting to guys.

3.
Speaking of patience..lack of sex can get you caught too. The answer is “the fuck buddy” . I educated a couple of The ladies on my facebook group about this.

This is a guy who is cool as hell, but he doesn’t want anything more than sex from you. And YOU know that he will NEVER be more than sex to you. You can have a history with this guy or maybe just have fucked him a few times and liked it. Bottom line is you know that in a pinch, he can get you off and not make you feel like shit afterwards.
As long as you have this buddy, then you can go out on dates and not have to FEEL like THIS HAS TO WORK. Because when you don’t get any sex for a while, you will jump on somebody that you shouldn’t have jumped on. So the fuck buddy keeps a date honest and fun. With no preconceived notions. NEVER go on a date horny.
You will give it up to a LOSER.

4
Observe. Always. Watch his eyes when he talks..his hands..listen to how he speaks.. all are very important. A REAL man is not intimidated by a strong woman. I myself have always dug when a woman asked me a ton of questions on a date..its cool cuz I’m an open book and it usually opens the door for great convo which is what a date should be predicated on in my opinion. You date to SOCIALIZE. NOT to find a man. Stop being on the goddamn hunt all the time. Learn to ENJOY someones company. IF its enjoyable:)

When you come into a situation/conversation with ultimatums of “well I need this from a man” “I’m not getting younger and tired of wasting my time” all a man does is sees that you have no patience and if he does what you tell him..he will get to fuck you…and when he is done or bored with fucking you, he will DUMP your ass just like the last dude…because he got what he wanted.

Was that real talk too real? I Was channeling my mom for a second 🙂

The cell phone. Unless he has kids, the phone should be on special ring or vibrate. From decent man to player, any man should know that on a date its about the two of you. its your special time. Even if you’re already boyfriend and girlfriend, that phone should not be a distraction. if it is, then if you allow him into your life, you will learn to hate that phone and be more than a little curious as to why it always rings. i may have dated a lot of women, but my phone was never ringing off the hook. because the ones i KEPT in my phone were not CRAZY women who called me at all hours. You can tell a lot about a man by the company he keeps and the women he is into.

That’s my main things off the top of my head…man talk to woman. But none of it means shit if you don’t do it. Just understand that. TRY it. See where it gets you. Dating can be so INTERESTING..no one said you have to even think about anything else but the date. But so many women want what they want so bad, that they lose out and wind up losing a bit of themselves dealing with loser after loser.

We all make mistakes..its okay..please learn from them…
And get a “Fuck Buddy”!!

This entry was posted in Uncategorized. Bookmark the permalink.